The JV Black football team waited out two lightning delays but fell short to the Kingwood Mustangs 38-20. A resurgence of offense was led by the air with QB Luke Giron finding WRs Michael Roach, Chuck Hayes, and Matthew Martinez for big gains. Defensively the Mavs overcame a lackluster 1st half and held the Mustangs to 1 score in the second half. Big turnovers and stops were led by Franco Godoy, Jayden Everett, and Jesus Zambrano. 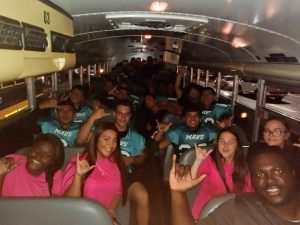 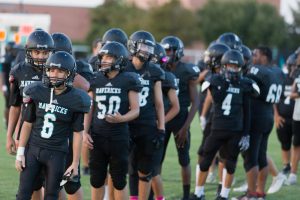 The game started w a lightning delay. The kids were anxious, followed by calm.
From the opening kick, the Mav Defense played tenacious. Led by Christian Ibarra and forced fumbles by Josh Mendoza. Plugging up the middle was Bryant Martinez.
The Offense, coming off a tough loss to Humble, was steady. Leading the way was The always cool and collective, Hayden Stallings. Carrying the running game was Everrett Epps.
Next up, an always tough, athletic, and highly ranked, Atascocita HS. 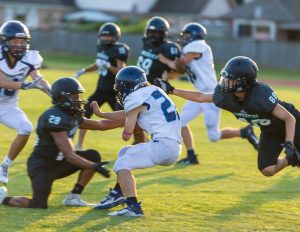 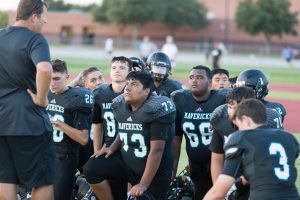 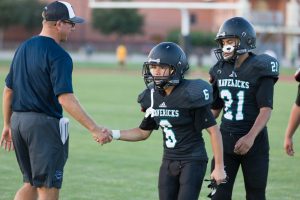 The Mavericks had a very tough opponent in the Kingwood Mustangs, but fought their hardest.  The defense definitely battled as they were led by middle linebacker Noah Rodriguez.  Safeties Rye Williamson and Jacob Guidry also played well.  One of the highlights of the game was an interception by outside linebacker Abel Garcia.  Offensively the Mavs were able to amass some yards, but did fail to score.   A key play was a fifty yard double pass caught by Silas Herrera.  Despite losing 32-0 the Mavs played hard and fought the entire game.
Mavericks Official Sponsor
Mar
31

Tennis Event
8:00 am
View All Events