The JV Black football team, plagued with injuries and depth, fought until the last whistle Thursday night against Atascocita Eagles. Offense continued to improve with Luke Giron tossing early scores to Chuck Hayes and Michael Roach. There was a shuffle of positions all night but players like Kayden Griffin, Michael Roach, and Roland Alanis stepped up big and filled the void. 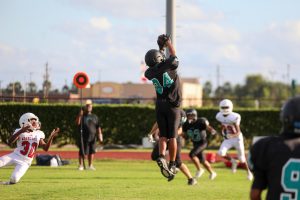 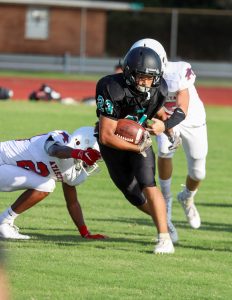 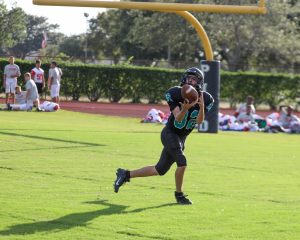 Offensively, the Mavericks were led by hard running of Everrett Epps, Yahir Cano, and the leadership of Hayden Stallings.
Freshman Teal 8-52
The Freshman B team came ready to battle against a tough Atascosita team, but came out on the losing end 52-8.  The game was highlighted by a Maverick goal line stand in the first half.  The Mavericks were able to stop the Eagles on a first and goal from the 5 yard line.  Noah Rodriguez and Able Garcia came up big for the defense.  Offensively the Mavericks were able to sustain some drives and run some clock.   The Mavs scored on a double pass as quarterback Jacob Guidry threw to Isaac Mendez who then threw a perfect pass to Silas Herrera for the score.   Jesse Cano and Rye Williamson had a good game offensively for the Maverick offense.   The Mavs didn’t win the game, but they certainly battled the entire game.
Mavericks Official Sponsor
Apr
07